The 10 Best Oscar Movies To Watch & Where To Stream Them 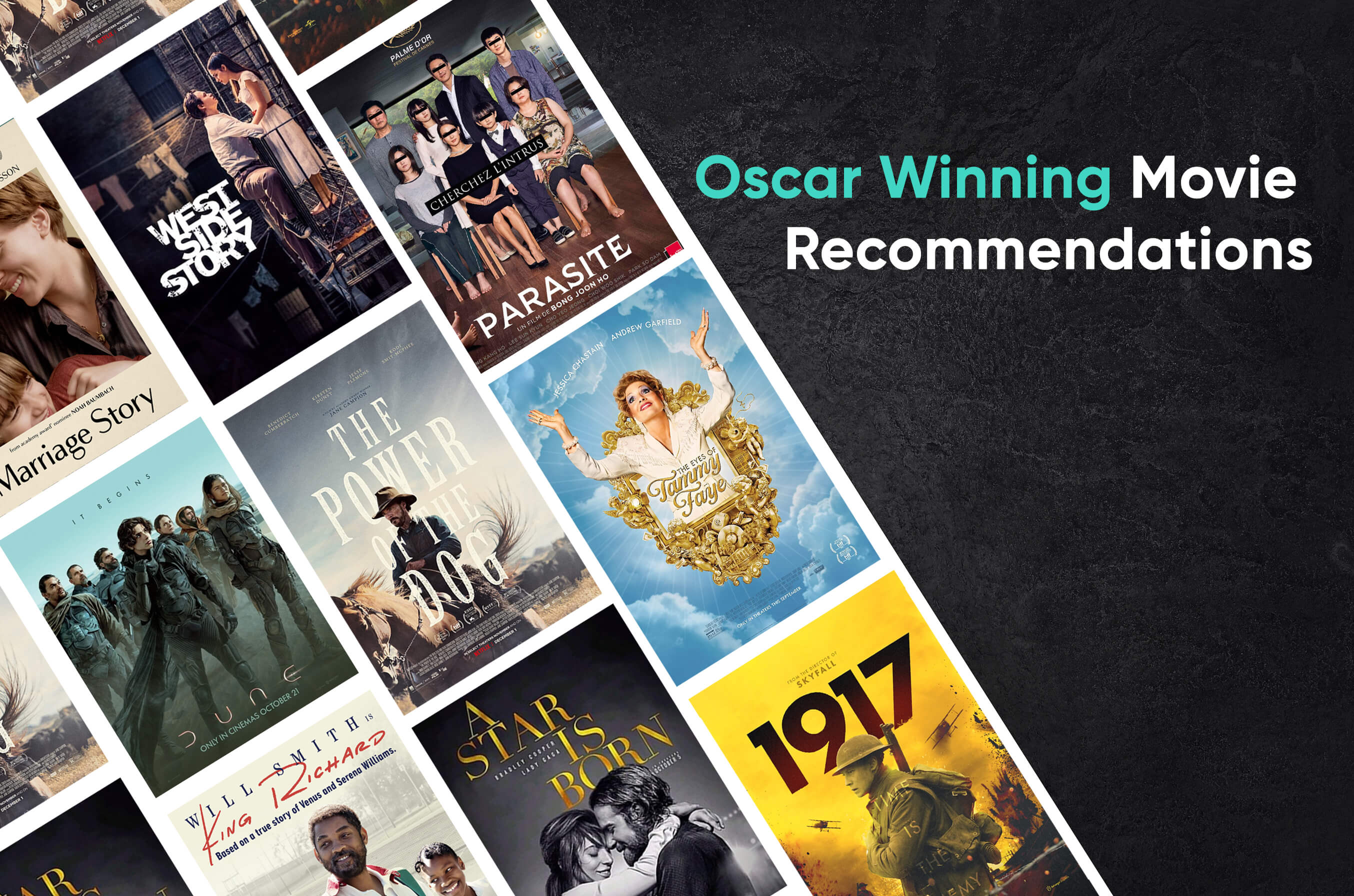 The Oscars may have gone into a tailspin after the Will Smith and Chris Rock incident! But the true spirit of the Academy Awards lies in celebrating exemplary movies, which have skyrocketed our emotions and are related to our lives in many ways!

We're back with Fleek-week, so let's pull back the curtain on the "Oscar recommendations”, to celebrate the true purpose of the Oscars: good cinema!

Also, while we can't award you an Oscar, we are delighted to see you subscribe to your favourite OTT platforms with big discounts on Fleek! Don't miss this opportunity!

We can't help but enjoy science fiction films! The adrenaline grips you on your chair and makes you feel like you're floating in the air! Dune is one of those films that evoke feelings, not only through its story and direction, but also through its incredible cast, which includes Zendaya, Jason Mamoa, and others. The plot revolves around the noble Atreides family, who wage war against a lonely planet, and the rest is history! Now you can watch Dune on Hotstar!

We're all familiar with the name and fame, but there's a lot more to it! King Richard is a biographical sports drama based on tennis players Venus and Serena Williams' father. It's a well-appreciated film for its storyline and acting, which depicts the narrative of these young women and their father's fight to provide them with a life they now own! Now you can watch King Richard on Hotstar!

The romance of high school never gets old! Who wouldn't want to be fascinated by a high school stage musical romance from 1957? West Side Story is the film adaptation of the same! It depicts the conflict between two ethnic groups, as well as how forbidden love and gang fights take precedence! This film is definitely for music lovers with a soundtrack that will engross you! Watch West Side Story on Hotstar!

The Power of the Dog is a psychological drama that stars Benedict Cumberbatch! Yes, we can hear you hooting! Big fan of Cumberbatch eh? The plot revolves around Phil, a humble rancher, and his brother, who gets a new wife and her son to live with them, resulting in a whirlwind of mayhem, love, attention, and family tension. On the whole, it's a fantastic watch that's now available on Netflix!

When we discuss war, we usually have a lot of emotions as well as gripping thoughts. 1917 is a film about an infantry battalion setting a trap for 1600 military men. Two men have been tasked with delivering a message to these 1600 men that will save them from a lethal trap. 1917 will keep you on the edge of your seat; watch it now on SonyLiv!

Of course, there had to be an Oscar-worthy Disney film! I'm sure most of you Disney lovers have seen Coco! It's about a 12-year-old boy who is accidentally taken to the world of the dead and must return home while simultaneously persuading his family not to ban music, which he loves! Coco is a visual feast for the eyes, with enthralling scenes and music! Now available on Hotstar, watch now!

Every marriage is beautiful because it embodies the courage and sacrifices that come with love. Marriage Story is one such film that depicts the tensions that exist between marriages as well as the aspects of divorce. It stars Scarlett Johansson and Adam Driver, who complement each other so well that you'll be amazed! Marriage Story is now available on Netflix!

Lady Gaga has won millions of fans with her voice, but few knew she could deliver such a beautiful performance in this movie, in which she plays a new singer and is co-starred by none other than Bradley Cooper, who also plays a singer. The music in the film has its own fan base because Gaga shows all aspects of music and struggles gracefully! A Star is Born is now available on Amazon Prime!

9. The Eyes of Tammy Faye

The Eyes of Tammy Faye is a biographical drama about Tammy Faye Bakker and her husband, who built a fortune from scratch and humble beginnings! Yes, you guessed correctly! How can there be no enemies to destroy a self-made empire? That is where the plot twist occurs, leaving Tammy in a major financial crisis! Check out The Eyes of Tammy Faye on Hotstar right now to see what happens!

Parasite is a Korean film that is widely regarded as one of the best films of the 21st century! It is based on how the Kim family struggles to make ends meet and comes across an opportunity to work for the wealthy Park family, and how soon all of the Kim family members begin living in the same household like parasites. Watch Parasite on Amazon Prime now to discover the powerful message hidden in the film!

The Fleek-carpet has come to an end! We did not keep you waiting any longer, and we sure don’t disappoint with our discounts! Simply browse fleek for great deals on your favourite OTT platforms to ensure you don't miss out on the binge game!

Which is your favourite Oscar movie? Tell us in the comments below!