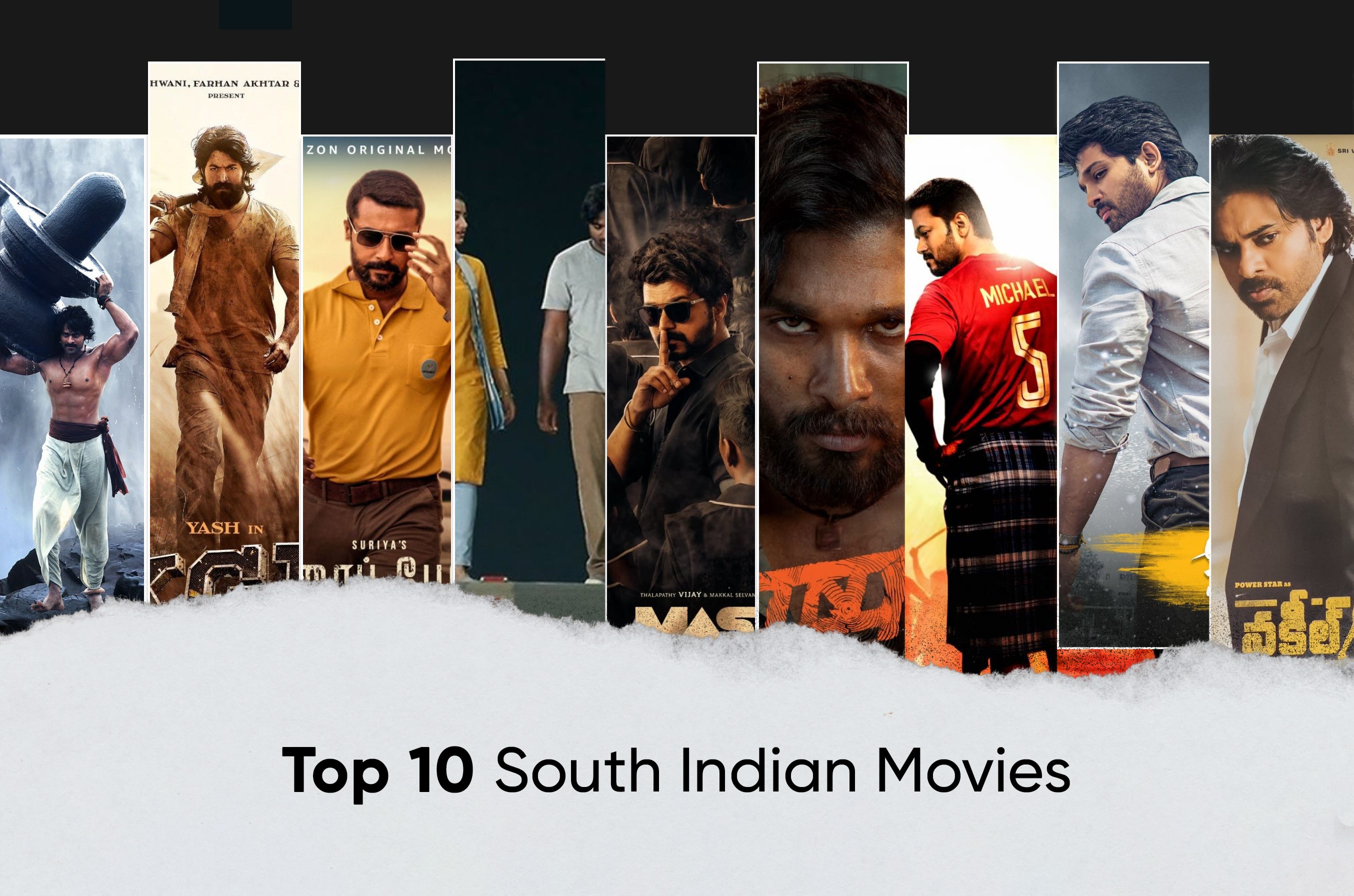 Guessing we've already told you about our deals? Let’s update you once more! So Fleek has over 130+ brands, great deals and discounts, and an easy-to-use app that auto-updates with a single click! Go explore now!

Bahubali is one of the highest-grossing best south Indian movies, with a massive budget, but we can't deny the standard it set for the Indian film industry. We are confident that most of you have seen this masterpiece because you are not living under a rock, but the film depicts history in all of its aspects! It also has another sequel to it, but what catches the audience's attention is the direction and visual effects!

Who hasn't heard of Rocky Bhai? Yash rose to glory after his outstanding performance as Rocky Bhai in KGF, and the direction and cast were so fantastic that it has its own fan base. No wonder it’s one of the best South Indian movies. The plot of KGF revolves around a poor man who wishes to fulfill his dying mother's wish of possessing wealth, but he is thwarted by the government and wishes to put an end to it! With this one, we guarantee you'll be on the edge of your seat!

Surya fans!! Make some noise!!  Surya is well-known for his films that raise awareness of a social cause and bring societal issues to the limelight! Soorarai Pottru is one of those films about a young man from a small village who wants to pursue his dream of bringing an airline to his village, but the wealthy do not support him and look down on him! Watch Maara's journey in Soorarai Pottru now!

He is known as Makal Selvam for delivering one hit after another through his great acting and humble presence! We're talking about Vijay Sethupathi, and we're pretty sure that most of you fell in love with him in 96 being one of the best south Indian movies! The plot revolves around a school reunion that opens many long-forgotten memories of love and friendship! You also don't want to miss Vijay and Trisha chemistry! Watch now.

Thalapathy fans! Vaathi coming! This song from the film Master has a separate fan base from the film. The plot is that JD is an alcoholic teacher who is exposed to the atrocities of a goon who gets innocent children in trouble for his wrong actions! JD must put a stop to it, and he does so in VAATHI STYLE! Don't miss out on the action!

Pushpa, Pushpa Raj..Thagede le!  What a fad it was, and possibly still is. The Pushpa fever hasn't died down since its release, whether it's through the songs or the dialogues; fans adore Pushpa in every way! The plot revolves around Pushpa, a laborer who begins to rise in his red sandalwood smuggling. However, the cops want to put a stop to this illegal activity! Will Pushpa defend himself? Watch now!

Bigil is a film about women and how their power is strong enough to break down societal barriers. And who better to play the lead role than Vijay? It also includes music maestro A.R Rahman's touch, which qualifies it among the best south Indian movies! The plot revolves around Bigil Rayappan and his journey to becoming a coach for the women's football team!! Set a goal with BIGIL right now!

Allu Arjun, the stylish star, is staring in another blockbuster, Ala Vaikunthapurramuloo! The movie has already received a lot of praise for its songs, but it's also a great easy watch! The plot revolves around Bantu, who comes from a middle-class family but soon discovers that he is the son of a wealthy businessman! How will Bantu react to this? Watch Ala Vaikunthapurramuloo right now to find out!

Telugu Power star Pawan Kalyan is back with another excellent film, "Vakeel Saab," which is widely regarded as a critically-acclaimed film. It is the Telugu remake of  Amitabh Bachchan's Pink. The plot primarily focuses on Pawan, who plays the role of a just advocate and sorts the case of two women who are having difficulty with the wealthy who are exploiting them! It is unjust to miss this “just” movie. Watch now!

Drumroll for the “Universal star of Malayalam” South Indian cinema, that is none other than Mohanlal. He not only delivers a plethora of the best South Indian movies but also has a unique style that has many in awe! He plays the role of a father in Dhrishyam who has to protect his family against the criminal investigations that they are entangled in! This one's definitely a nail-biter! Watch now on Amazon Prime Video!

Told you we'd be feisty the next time we came back, and did we deliver? I hope you enjoy these best South Indian movies this weekend and discover your feisty brave side! Explore Fleek and subscribe to great deals until we return with more recommendations next time!

The award for the best South Indian movie to date goes to Baahubali 2: The Conclusion, which was released in 2017.

2. Who is the biggest star in South India?

3. Who is the king of South Indian movies?

None other than the one and only Thalaivar - Rajinikanth!

4. Which is the highest-grossing South Indian movie?

Baahubali 2: The Conclusion grossed a whopping Rs 708.99 crore in India and all the other languages (Tamil, Hindi, Malayalam, Telugu and Kannada)