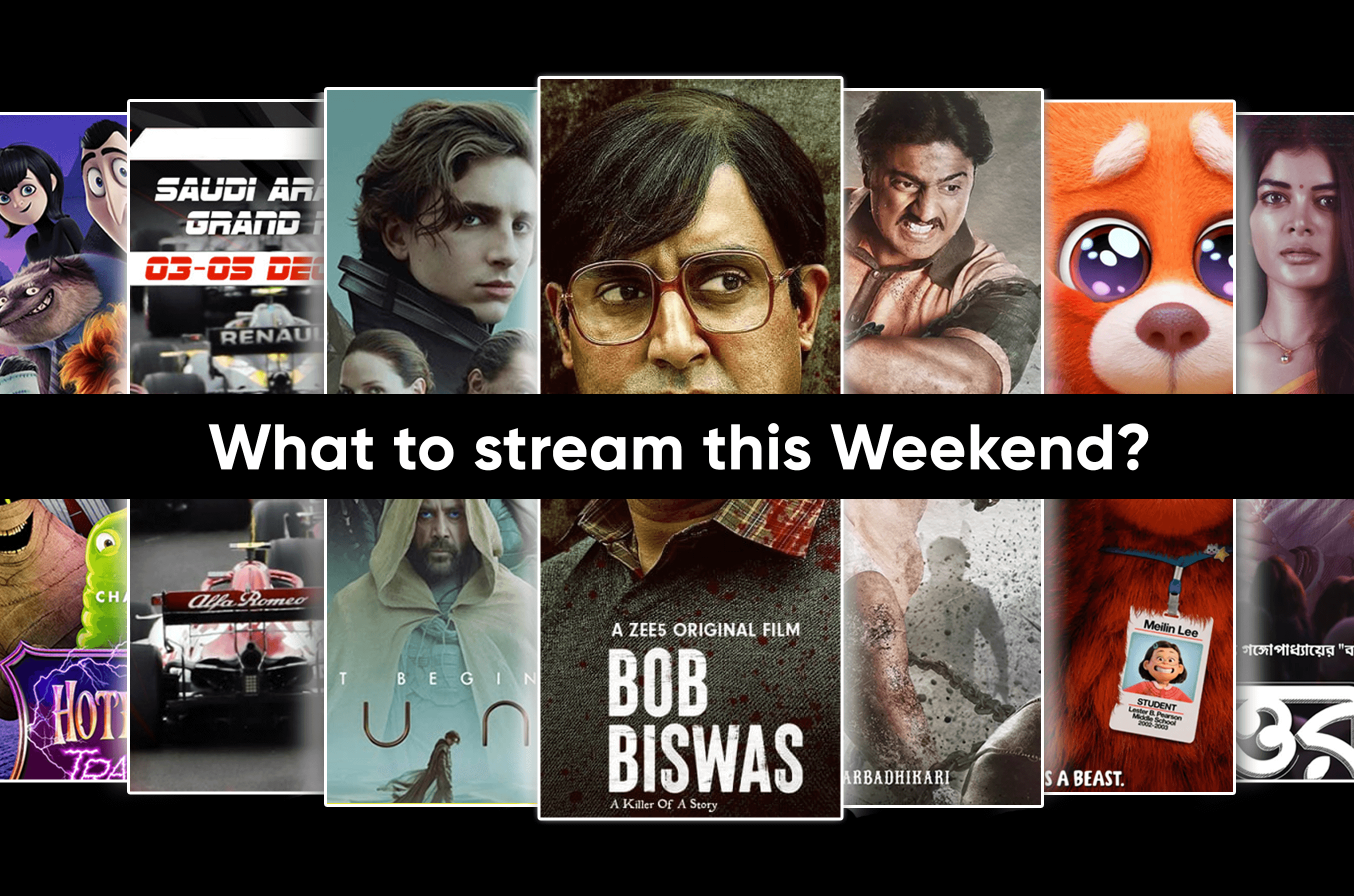 We didn't keep you waiting very long, didn't we? Yes, we're back with another week of top ten picks to keep you entertained this weekend! We've compiled a list of the best and most popular TV shows and movies that you won't want to miss!

Subscribe to your favorite OTT platforms with big discounts on Fleek! Don't miss out on the fun when you can save money with Fleek!‍

What to Stream This Weekend

Disney never ceases to surprise us with new and exciting movie adaptations! Gone are the days when movies were solely based on fairytales and happy endings; now, we see a growing number of films that are based on reality and discovering and accepting one's actual self! Turning Red is about adolescence, coming of age, and finding oneself! You can bet you'll have a good time watching it because it's animated! Stream turning red on Disney+ Hotstar with your young ones!

You have to agree that science fiction films transport you to another world! Dune is a film about a noble family's son who is tasked with protecting one of the most important elements entrusted to them in the galaxy! The cast is great, and the audience seemed to be eagerly anticipating the film's release! On March 25th, watch Dune on Amazon Prime!

Badhaai Do is a fresh perspective on marriage and married life. The story demonstrates that marriages are not always filled with joyous times; they also require a great deal of sacrifice and compromise. Rajkumar Rao and Bhumi Pednakar return with their hilarious chemistry to present a powerful performance that connects you to the plot. Badhaai Do is now available on Netflix, watch now!

What a great way to begin the season, right? After three long years, Ferrari triumphs, and Lecrac takes the victory! Fans of Formula One will agree that the season began with a slew of unexpected twists! The next match will take place in Jeddah Corniche Circuit, Saudi Arabia, on March 27th. Don't miss out on the action; watch it live on Hotstar!

For those readers who haven't seen it yet we oblige you to not miss it! It is based on the true-life of Harshad Mehta, a well-known Stockbroker. The plot centers around a financial broker who skyrocketed the stock market! It's undoubtedly one of those series that will keep you fascinated and possibly make you want to watch it again! Now you can watch Scam 1992: The Harshad Mehta Story on SonyLiv!

PAPA DRAC is back! One of the most eagerly anticipated sequels is Hotel Transformania! But there's an unexpected twist this time, as Johnny transforms into a monster while everyone else transforms into humans!! The plot centers around their humorous and adventurous journey to return to their original state! Don't miss out on the fun; watch Hotel Transformania right now on Prime Video!

Yes, another crime thriller recommendation! Bob Biswass is a film about a man who is attempting to recollect things after spending eight years in a coma. As he begins to recall events, he realizes that he was previously an assassin! Now that's enough for the thrill we believe, tune in to ZEE5 and watch the twist of events unfold right now!

Football is a sport that everyone enjoys. I'm sure most of us like watching the game as well! Golondaaj is a Bengali football film based on Nagendra Prasad Sarbadhikari, the Father of Indian Football, and his amazing journey on becoming the first Indian to play professional football. Watch Golondaaj on Hotstar now and relive the glory days of football!

Uttoron is a critically praised television series that raises awareness about a delicate subject. It's about a girl who was deceived by disclosing her MMS. As a woman, it shows how society pushes and labels her, yet she stands strong! This is one of those series that sends a strong message while also posing a significant question! Now you can watch Uttoron on Hoichoi!

Another Hindi crime thriller series recommendation! Yeh Kaali Kaali Aankhen centers around the daughter of a wealthy politician who falls in love, wait! Madly in love with a small-town man and starts to control his life. The series does have a few hints of comedy but it's solely a thriller series played by an amazing power-packed cast! Yeh Kaali Kaali Aankhen is now available on Netflix, watch now!

We've chosen a list of only the best movies and series for you to keep your binge-watching streak alive! Enjoy these suggestions, and don't forget to check out Fleek for great deals on your favorite OTT subscriptions!