10 Best Web Series on Zee5 That Is a Must Watch! 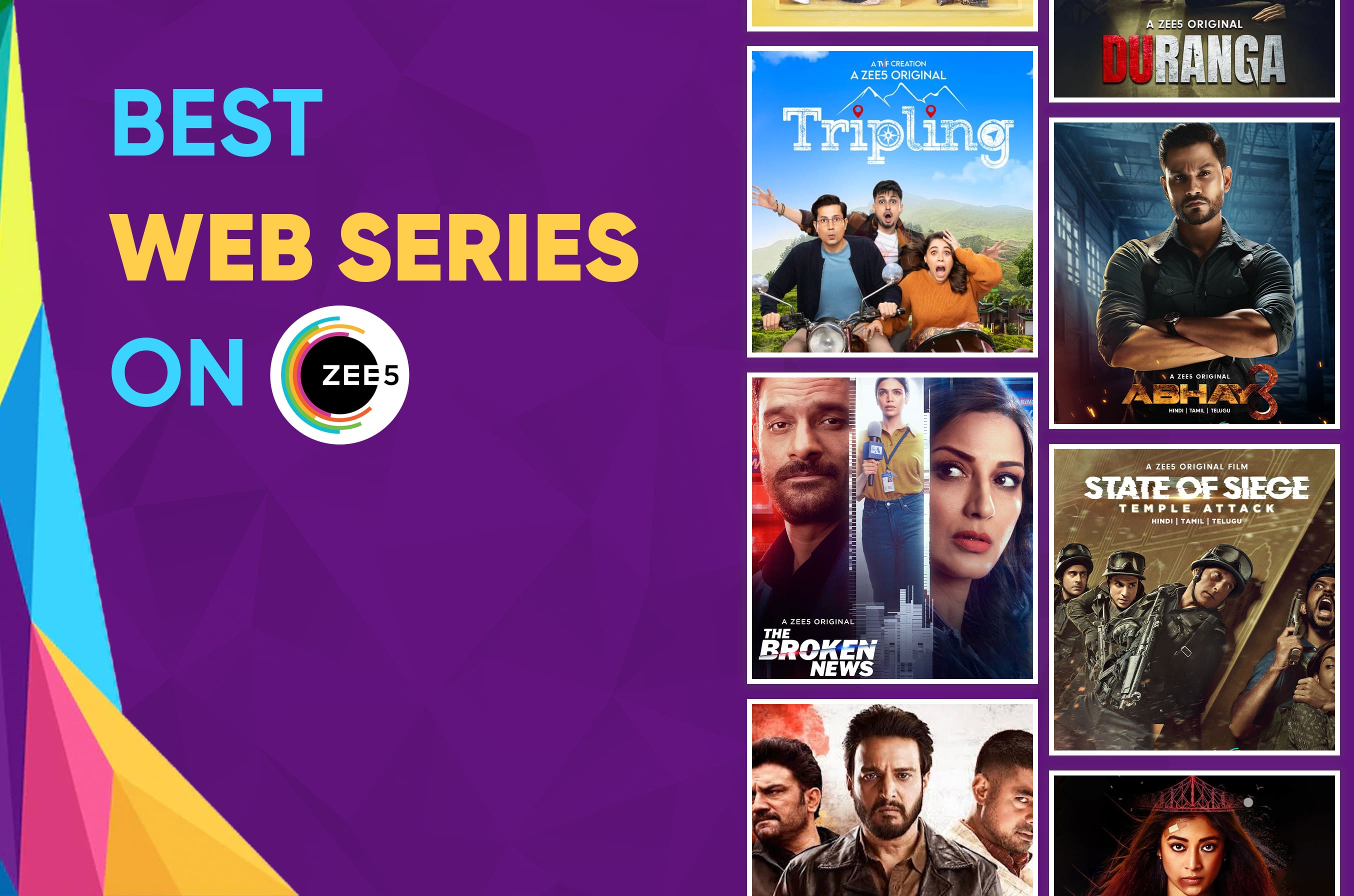 Looking for something to watch on Zee5? Fleek comes to your rescue by curating some of the Best web series on Zee5 that you should definitely not miss. From crime thriller shows to family-friendly shows, we have it all compiled for you in one place!

Uff so deep! That gripping line should give you a good idea of what to expect from this web series on Zee5. Abhay is one of the most anticipated Indian series ever made because it takes you away from your typical web series and forces you to think outside the box. It’s based on the life of Abhay Pratap Singh, who solves various cases, with each step becoming more difficult. This is also Kunal Khemu's first web series, and it depicts how an unknown dark force threatens society with the twisted belief that only Abhay can put an end to.

Chalo, let's give you an introduction to this next Best web series on Zee5! Following Abhay, we have one of the most talked-about criminal series, which will take your breath away with its incredible acting. The plot is based on the life of Anandpal Singh, a gangster in the state of Rajasthan. It shows the rise of criminals and the greed of becoming the most wanted and powerful criminal in the area. The reason people like Rangbaaz so much is that it depicts the ulterior political rivalry so well.

Duranga is a story based on trial and error in which multiple serial killers are investigated in order to uncover some unknown truths and twisted dramas. However, the most anticipated moment of the series is when Ira begins to uncover shocking truths about her husband's twisted past while investigating these cases. Duranga has definitely received a lot of anticipation and applause from the audience, primarily for its storyline, and this is definitely one of those web series that has managed to script a good series after a long time.

And, yes, road trip planning is a task; it all comes down to yes and no, but making it happen is extremely difficult. This introduction alone should entice you to watch Tripling as soon as possible and plan a trip with your friends or siblings. On this journey, three siblings find themselves glued together as they learn more about each other, but each is going through a unique experience. Are you convinced that you should spontaneously take a vacation with your siblings or friends?

Before you start watching this series, let's go over what it's all about. As we all know, news channels are always trying to bring us the best news all day every day, but do we really know what journalists are going through? What kind of facts, blockers and other things do they have to go through in order to balance not only their work life but also their personal life? This is what Broken news is about, where it shows a group of young dynamic journalists attempting to face the uncertain future that comes as a result of their career choice.

This web series on Zee5 is based on a Kaali who appears to be hiding with her son and shows how a peaceful life is turned upside down when she comes into contact with a Mafia. But, as we all know, the drug mafia is on a bumpy road, and Kaali, as a female protagonist, has to deal with far more than the mundane circumstances have to offer. If you or someone you know is a fan of the series Sacred Games, Kaali should be your next web series to watch. Not to mention the outstanding performances of the female leads Paoli Dam, Vidya Malvade and Shantilal Mukherjee.

But you didn't come across this blog by accident! Poor punchlines aside, Crash is a very entertaining Hindi language drama about sibling love and the agony of being separated at a young age. The family depicts four siblings who survived the fatal accident, but the siblings were separated and placed in an orphanage. The rest of the web series is definitely worth watching as suspense because it will win your heart. This gen Z cast includes Zain Imam, Rohan Mehra, Aditi Sharma, Kunj Anand, and Anushka Sen, who have all worked commendably on one of the best web series on Zee5.

Even after many years, how could one forget the impact that this particular incident had? Another gripping web series based on the 2008 Mumbai terror attack is State of Siege. One thing that sets this web series apart from others is the intensity of this incident, which has left an impression on many to date. There have been many documentaries and films made about the 20/11 attacks, but State of Siege has definitely outdone them, and the cast has also performed brilliantly in every aspect of the series. State of Siege, which comes with a vibrant cast, a gripping storyline, and a lot of truth exposed, is now available to stream on Zee5.

The war between Good and Evil!

Lalbazzar demonstrates how laws have no bounds. With its intriguing plot, LalBazar will keep you on the edge of your seat. Based on brave cops who deal with the enemy's dark sinister plot, justice is yet to be delivered. The idea is to bring justice to people who work hard to make ends meet. They've had a lot of Sleepless nights as a result of the atrocities that the evil has surrounded them with. Kaushik Sun, Hrishita Bhatt, Sabyasachi Chakraborty, and many others perform admirably in bringing this Best web series on Zee5 to life.

Bringing out the true meaning of handcuffs!

Last but not least, on one of the Best web series on Zee5, we have the Tamil language crime thriller web series directed by Prashant Pandiyaraj, who directed Bruce Lee as well. Paridhi is an honest cop tasked with solving a mysterious crime that has confused the entire police force. But, with the help of his fellow mates and his mastermind, he is able to crack and put an end to the most serious atrocities that are disturbing them. Once again, Vimal, Bala Saravanan, Munishkanth and others, flank the lead with their great acting skills, making Vilangu one of the best series to watch right away.

We hope this has put an end to your tedious task of scrolling through what to watch! This list of best web series on Zee5 will keep you occupied for a while, until we return with more series and movies to keep your binge-a-thon active!