Bengali Web Series on Hoichoi That You Must Watch 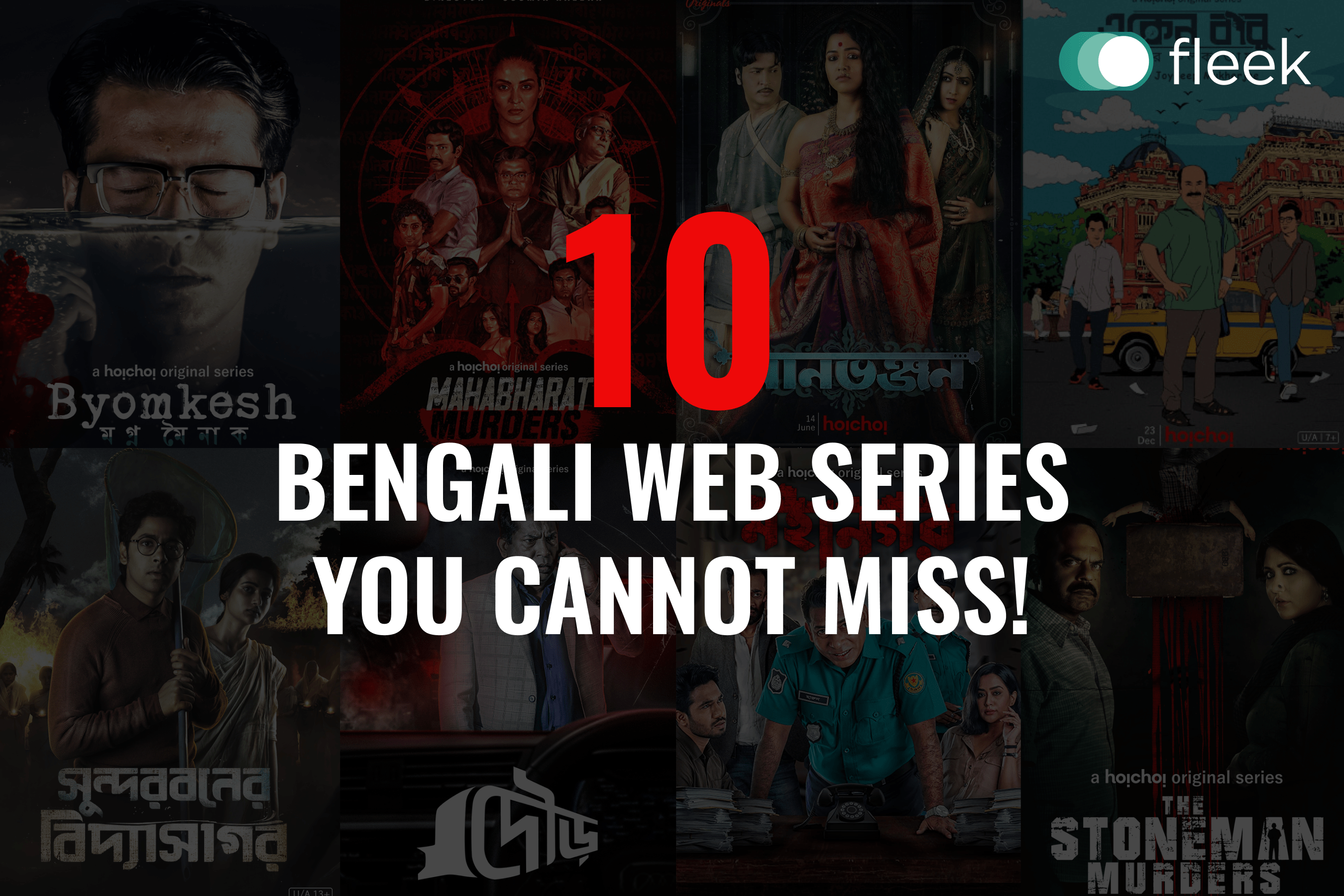 A good Bengali series is no longer difficult to find. Because we have some of the best Bengali web series trending on Hoichoi. Simply enjoy the chill weather with some gripping hot story lines with these series. Guaranteed to keep you on the edge of your seat, Without further ado, let's get started!

Byomkesh, is an Indian Bengali fictional detective, created by Sharadindu Bandyopadhyay. Set in the 1930s, the series follows Bakshi and his biographer friend Ajith on their adventures. Everyone enjoys a good detective show, and Byomkesh is the ideal crime drama series that depicts the lives of two sharp private detectives. Every investigation in this series has a logical trend that keeps you on the edge of your seat.

Who doesn't love a good thriller? The Mahabharat Murders is a contemporary thriller series about Duryodhan, who is looking for the Pandavas and Draupadi. The series incorporates many 21st-century elements as well as historical influences. They were able to preserve the raw and unfiltered nature of the Mahabharata era. You could call this Mahabharat Reborn in the twenty-first century. Soumik Halder directs the series, which stars Priyanka Sarkar, Arjun Chakrabarty, Saswata Chatterjee, Kaushik Sen, and Rajdeep Gupta.

Next up is Manbhanjan, a series based on Tagore's timeless tales. It depicts a housewife's journey from her home to the outside world. As we all know, there are still parts of India or the world where women are confined to being housewives and are not allowed to see the outside world. However, in Manbhanjan, you will see a housewife’s journey in searching for love and identity on her own. Rabindranath Tagore wrote the tale, which is one of the reasons you should watch this series. Another reason is the excellent acting performed by each of the actors in this series.

Following that, we have an exciting web series based on true events about a serial killer. From 1985 to 1999, several people were killed in Mumbai and Calcutta. The entire city was shaken and distressed by the atrocities that were taking place. The murderer is referred to as a Stoneman because he kills people ruthlessly with a stone. In time, we see how Sneha, a journalist, discovers Stoneman’s diary and this diary sparks some new information on the murderer.

Taqdeer is a crime drama series. The plot revolves around Taqdeer, a van driver whose life is turned upside down after he discovers a body inside his van. In order to discover what and who this person is, he embarks on a path of chaotic events and greater difficulties. Taqdeer has received numerous awards, including best male actor, best cinematographer, and best drama series. One reason you should watch Taqdeer is that it is not your typical crime thriller series; it has a deeper meaning that you will only understand after watching it.

Are you looking for a simple story with epic drama? Sundarbaner Vidyasagar is the best series to watch! It is based on Kinkar, a youngster who is detested by his father. This is because he is failing to live up to his father's expectations. Kinkar, who wants to move away from his parents and chase life’s opportunities. You will see two different contrasting stories from the perspectives of a father and a son.

Gora is our next thriller series. which aired on January 7, 2022. Ghoshal directed the film, which also stars Ritwick Chakraborty, who made his web series debut. It's about a serial killer on the loose in Kolkata. However, private detective Gora, also known as Gaurav, has a distinct reputation as one of the best serial killer specialists. So this is definitely a challenge to him to step up his game in finding the killer.

Mohannagar, created by Ashfaq Nipun, is up next. Mosharraf Karim plays the officer in charge of the police station and Dhaka. The plot revolves around criminals abound in the police station, but what does that night have in store for them?

The next suggestion is a series that is full of humour and quirkiness. It's based on Eken Babu who is the detective in the story and it is written by Sujan Das Gupta one of the most famous writers in the Bengali industry. Based on the mysterious death at the Khan's historical house, Eken Babu must solve this mystery.

This season was a huge success, and season 2 is set to debut in December 2022.

Dour is a thriller series centered on the vanishing of a car that follows three men and their troubled lives. You might be wondering what kind of mystery we can put on a car. Well, that can only be answered once you watch this series. The cast also does an excellent job of bringing a simple storyline to life. The series has also received a very positive response from the audience. It's safe to say that many people are looking forward to season 2.

Phew! Reading that list makes us want to jump onto our couch and start binge-watching right away. How about you? Safe to say that your weekend binge list is sorted with these best Bengali web series! We'll be back with more interesting movies and web series to watch.

Watch out this space for more!