8 OTT Recommendations For This Week: What To Stream 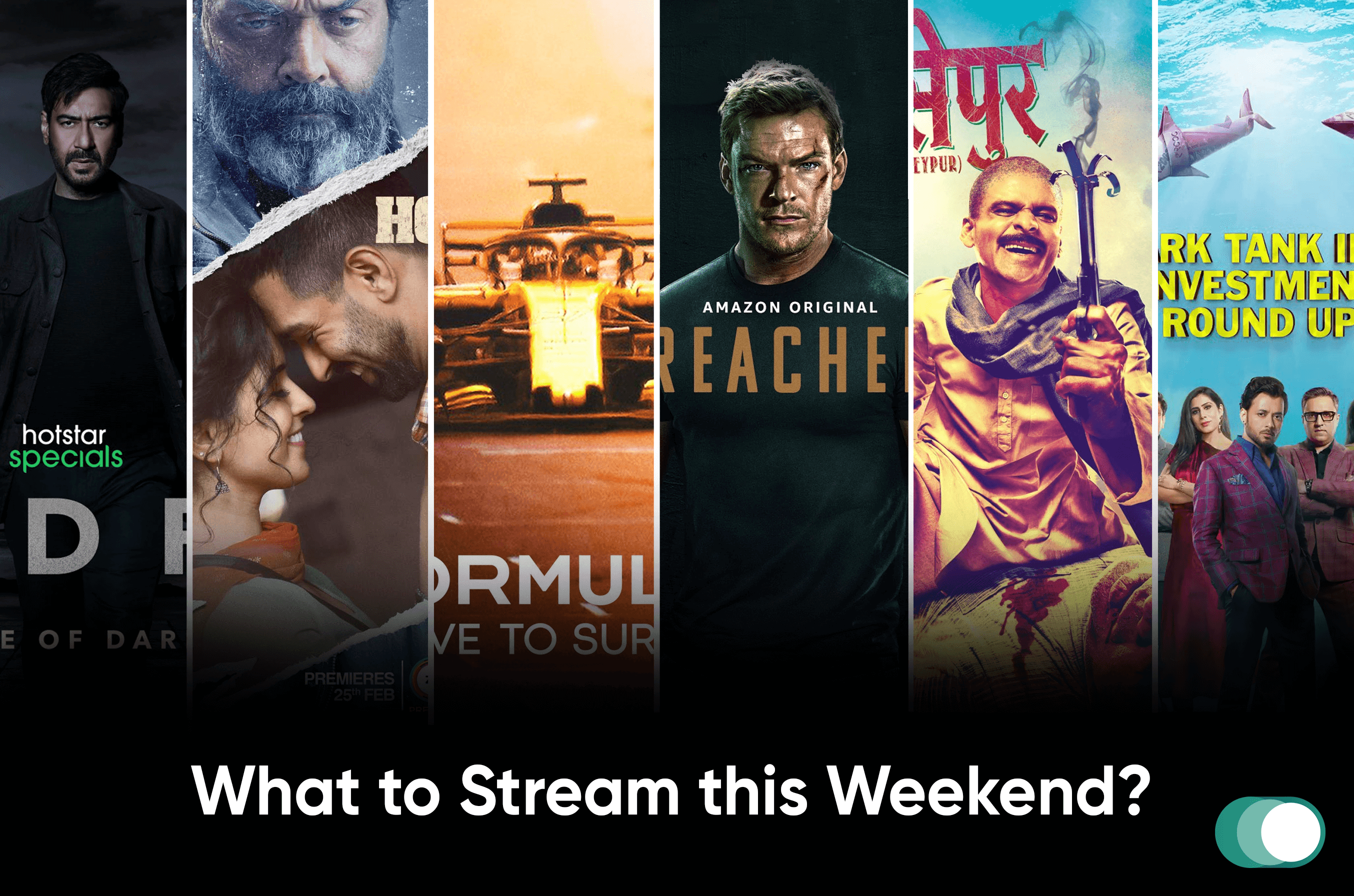 As your source of all things subscriptions, we often hear from you, our users, about the content you enjoy watching and, thus, enjoy subscribing to. In the middle of these streaming wars, that list of movies/shows your friends recommended (and you swore you'd watch) is never-ending. So, we thought we'll make it easier for you & suggest some content you may enjoy.

Now, we know you don't just enjoy watching one kind of show/movie or just one sport. So, we're suggesting a mix of these things:

Each week members from our team will take turns to feature some of the streaming content they're excited about watching or think you should definitely binge (if you haven't already 😉). So don't wait, fire up a screen of your choosing, and get Fleek-ing!

What To Stream This Weekend

Rudra is a psychological crime thriller that will keep you on the edge of your seat the entire time. It's a remake of the famous British television show Luther. Ajay Devgn returns with an action-packed performance as a DCP who is entrusted with investigating crimes and has been rated as one of the most viewed series in the country. Rudra is now available on Disney+ Hotstar, so don't miss out on the action.

Unless you've been living under a rock, you've heard of the entrepreneurial wave that has swept the nation. Shark Tank India first aired late last year, gained traction instantly, and provided a new perspective on the Indian economy and start-up sector. Recognizing more than 50 companies, Shark Tank is a one-of-a-kind platform to help entrepreneurs follow their ambitions and become India's next unicorn. Season 2 will premiere at the end of 2022; in the meantime, download the SonyLiv app and catch up with the sharks!

Reacher is a new take on detective fiction and crime series. It is based on Jack Reacher's book series and follows a former military man who falls into a life of solving crimes and busting criminals. The first episode received a lot of positive feedback, and the audience appears to adore Alan Ritchson and his outstanding performance! Don't miss out on seeing the Reacher in action!

Formula One fans! Where y’all at!? If you weren't living under a rock, you either witnessed or heard about everything that went down in that epic final race. Whether you're Team Hamilton or Team Verstappen (we're not judging, really👀), if you're Team F1, we know you're dying to find out everything that happened behind the scenes of F1's latest and perhaps biggest controversy. It premieres on Netflix on 11th March.

Love Hostel is a romantic thriller film that premiered on ZEE5 a couple of weeks ago, and it's set the entertainment world abuzz. It's about a couple who elopes after their love interests aren't accepted by their families. It revolves around their trials and the tension between their families searching for them. The cast and lead actors; Vikrant Massey and Sanya Malhotra's excellent chemistry are unquestionably what makes this one-of-a-kind!

Gangs of Wasseypur is a true narrative about the coal mafia, corrupt politics, and real-life gang fights Along with a great cast, it has captivated the audience. Part 2 ended with a gruesome murder by Danish, but when asked about part 3, Manoj Bajpayee, who plays one of the leads, said that there will be no prequel. We can only hope for some news, but in the meantime, catch Gangs of Wasseypur on Amazon Prime.

Bridgerton unquestionably set the bar for reviving the traditional historical regency romance with a modern twist. The first season concluded on an unexpected note, with Penelope Featherington revealing herself to be Whistledown herself, leaving fans stunned. Season 2 will finally focus on exploring Julia Quinn's novels, on which the show is based, and has also revealed the new face of Bridgerton Simone Ashley, who plays Kate Sharma. The show is all set to air on March 25, 2022, only on Netflix.

Payback time is here! The Boys is a witty take on how superheroes use their abilities to do bad rather than good. At the end of season 2, Stormfront was vanquished after her secrets were revealed. Season 3 will focus more on Neuman’s storyline, and one of the show's main stars, Anthony Starr, stated that "[Season 3] is hands down one of the most enjoyable seasons." Tune in to watch The Boys Season 3 on June 3rd, 2022 on Prime Video, and catch up with the first 2 seasons now.

We hope this has helped you sort out your weekend watchlist (or added to that never-ending to-watch list). Let us know what you're watching, or if you have any recommendations for the team, hit us up on Instagram @getfleekapp or Twitter @getfleekdotapp