Top 10 Best IPL Moments and 2022 Updates for You to Kickstart the IPL Season!

We have listed the top 10 best moments in IPL that are still the talk of the town and the newest updates that definitely will catch your eye! 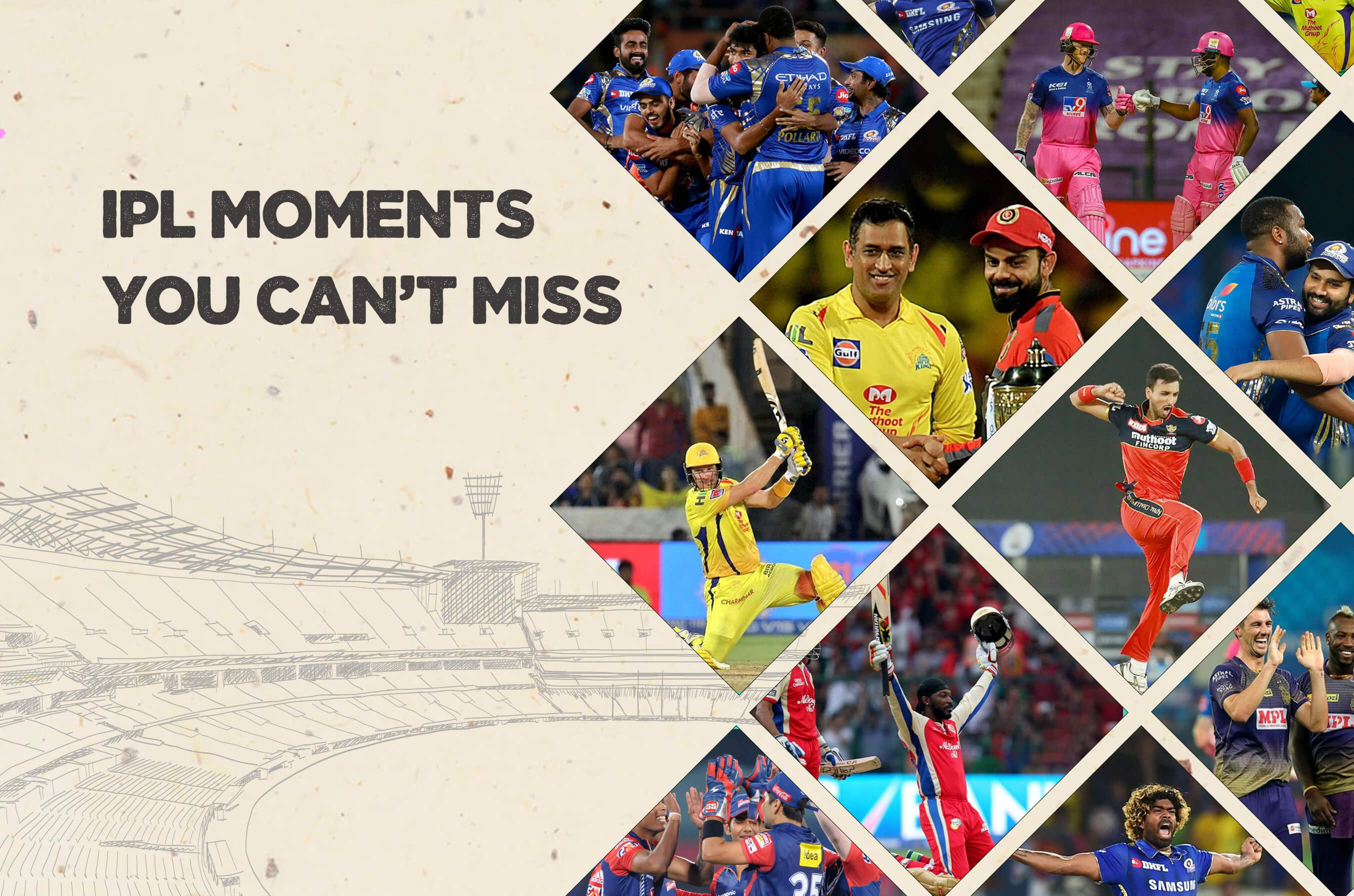 The IPL season has arrived, and we're just as excited as you are! To make your journey more exciting, we've compiled a list of the top Best Moments and IPL 2022 updates that are still remembered today! So kick off the season with a renewing mood and the latest news, and you'll be proud to call yourself an A+ cricket fan!

Also, with great discounts from Fleek, you can now watch all of your favorite sports on selected OTT platforms such as Hotstar and SonyLiv, Download now!

Recap Of The Best IPL Moments Until Now

Without a doubt, the IPL is the most exciting season of the year! The tie between Rajasthan Royals and KKR was probably one of the most talked-about cricket matches of 2009. RR scored 150/6 after KKR won the toss and decided to bowl. The big surprise occurred when KKR batted and almost reversed the game's outcome when Ishant was run out in the game's final run, resulting in a draw score between the two sides.

2. Ishan Kishan Was Re-Signed by the Mumbai Indians for 15.25 Million

In the history of IPL, auctions have always been a highly anticipated event. Ishaan Kishan, who was surrendered for a whopping 15 million by Mumbai Indians, was one such auction that received a lot of attention. Without a doubt, Kishan is a fantastic left-handed opening batsman and wicket keeper with scores like 516 runs in 14 games and 60 sixes in a tournament. He was also the captain of India's squad for the 2016 Under-19 Cricket World Cup.

3. MS Dhoni and the Double Javed Miandad Against Axar Patel

We all know how thrilling a last-ball sixer is and how it shows a good bowler's precision and talent. MS Dhoni once again demonstrated his ability by hitting a direct six to secure a win against Kings XI Punjab in the IPL 2016. It was a do-or-die situation for Dhoni's team, RPS, who needed 12 runs from 2 balls. Dhoni, on the other hand, pulled it off brilliantly, putting him at number three on the all-time best list of cricket news!

Shane Watson, rightly and popularly known as "the white shark of cricket" by many, was chosen as the Delhi Capitals' assistant coach. He was a two-time winner in the IPL season and has a long list of accomplishments as a batsman and coach. This was also an advantage because his knowledge will undoubtedly benefit the Delhi Capitals in the IPL.

Bumrah is without a doubt one of India's most valued assets when it comes to cricket. In the same calendar year, he became the first Asian bowler to take five wickets in a Test innings in South Africa, England, and Australia. With his exceptional bowling talents, he has also taken out Kholi and AB de Villiers, which have been highly praised by bowlers like Malinga. By being so unbelievably good at such a young age, he caught everyone's attention!

6. Lasith Malinga and Paddy Upton as Coaches for Rajasthan Royals

Every year, the IPL season is full of surprises, with unexpected wins and defeats. This year we see that Malinga and Upton have been named as RR coaches this year! With Malinga as the new fast-bowling coach and Upton as the "Teams Catalyst," could this be a year for RR to win with such expertise? All we can do now is wait and watch!

The GAYLE STORM of the IPL smashed the Pune Warriors 9 years ago, scoring a whopping 175 runs in just 66 balls. setting the record for the highest individual score in a Twenty20 match. He's also developed a strong reputation as a batsman with excellent form and technique over the years which makes his records a well-known moment to be remembered even to this date.

Jason Roy is an England opener who previously played for Sunrisers Hyderabad in the IPL in 2021 before being signed by Delhi Capitals in 2022. He just stated in an Instagram story that he will not be playing this time due to personal concerns and that he needs to spend more quality time at home. "Thank you, everyone, for your continuing support, and I hope you can all respect and appreciate my decision," he wrote respectfully.

In the Indian League, Mishras holds the record for most hat tricks! He is an Indian leg spinner who first achieved a hat-trick by dismissing Shahid Afridi in the seventh over of DD vs DC in 2008, followed by a hattrick against Kings XI Punjab in 2009, and his third and finest trick in SH vs PW in 2013, when he got four wickets in one over! Yes, you read that correctly. The master of hat tricks, indeed!

Gurbaz will be Jason Roy's replacement for the Gujarat Titans now that he has officially confirmed that he will not be qualifying for the IPL this season. Gurbaz is a wicketkeeper-batsman from Afghanistan who has appeared in T20 internationals and scored 534 runs at a strike rate of 138. The Gujarat titans will play against the Lucknow Supergiants on March 28th, 2022!

That concludes this list of the best IPL moments! We'll continue to bring you the best from this season of the IPL. Until then, download Fleek to get upto 30% off Disney+ Hotstar and make sure you don't miss any of the action this IPL season!