20 Most Popular Christmas Movies of All Time 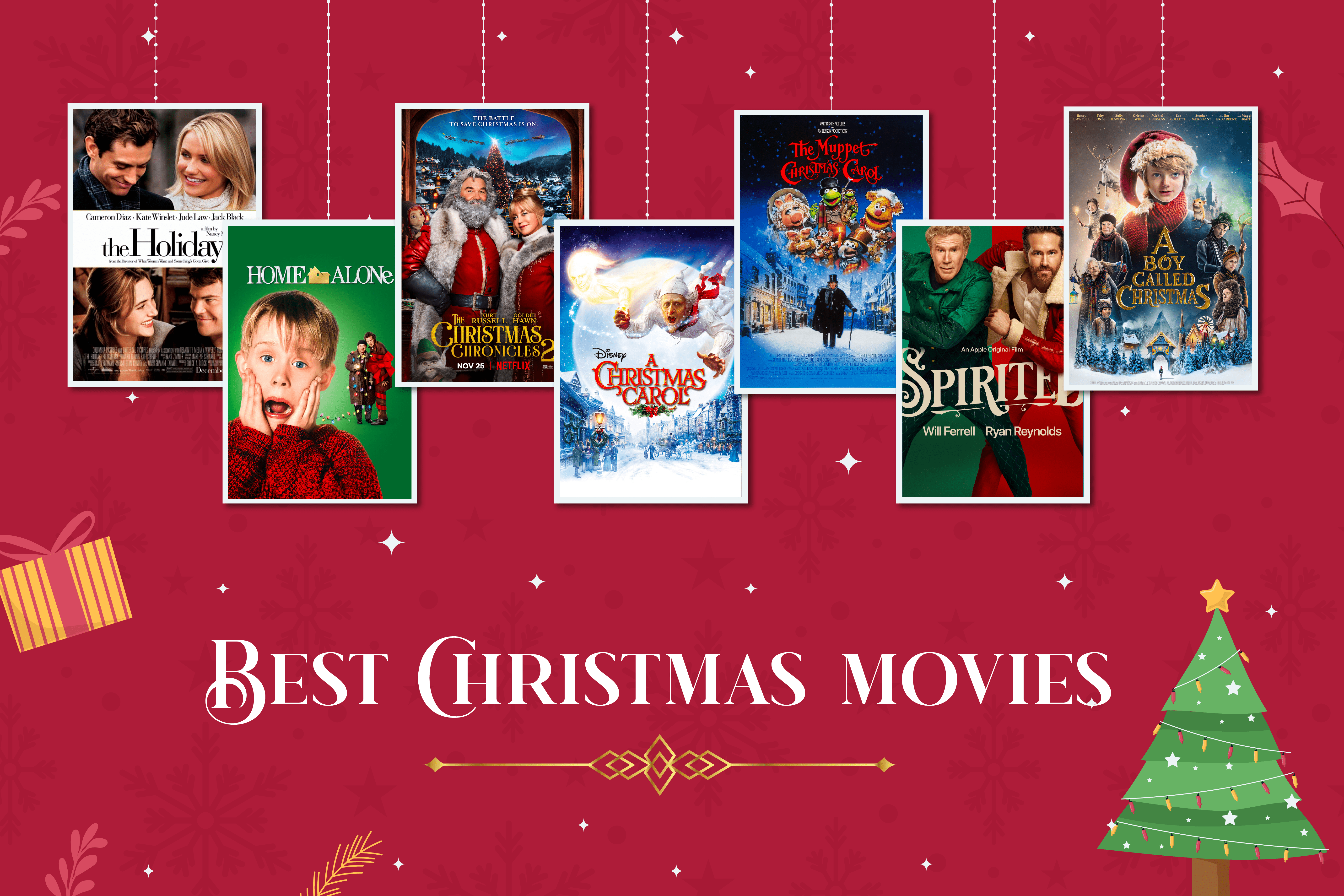 The season of giving is here! Over the years there have been movies and TV shows flooding your screens during the holidays. Here are our recommendations for the 20 best Christmas Movies of all time!

20 Most Popular Christmas Movies of All Time

Big fan of Will Ferrel? Then Elf is the go-to movie to start your Christmas binge list with. A 2003 classic based on a buddy who is a human raised by elves at the north pole. Soon he discovers that he is not an elf and travels to new york to find his biological father. But will he gravitate back to the elves that loved him soo much? Watch and find out!

2. Guardians of the Galaxy Holiday Special

The Guardians are here to make your Christmas special. This holiday season Marvel brings you this unforgettable movie, starring your favourite Marvel characters. Quill has a bad memory when it comes to Christmas and the holiday season. Mantis and her team are looking for the perfect gift to make his Christmas memorable. What you should expect is quirky humour as well as a lot of heightened emotions that these characters rarely display.

Polar Express is by far one of the most popular holiday films. It is unquestionably everyone's favourite. It's about a young boy who jumps on a train to find Santa Claus at the North Pole. This film takes imagination to a new level. If you're wondering if Santa Claus is real, watch The Polar Express and find out for yourself!

We are all huge fans of Christmas movies. Whether you celebrate the holiday or not, the warmth of the season brings people together. The Ghost of Ebenezer haunts businessman Scrooge. He also visits the spirit of Christmas past, present, and future and learns from his previous mistakes. Another reason to watch this film is that it is animated and full of heartwarming music.

To celebrate a better holiday, two girls from different countries swap their homes. As chaotic as it sounds; it could also be the start of a new dawn for either of them, who are trying to repair their previous relationship's trauma. Cameron Diaz and Kate Winslet play an amazing role in bringing this film to life.

This classic Christmas film, released in 1947, is about a businessman named George who becomes suicidal but is saved by an angel from heaven named Clarence. His heart changes, and he realizes that life is far more beautiful than he thought. He also realizes the significance of the holiday and gradually begins to mend other aspects of his life. One of the reasons this film is so popular is that it focuses on men's mental health.

You've got to be kidding if you haven't watched Home Alone. Home Alone is one of the most iconic films ever made, especially as it embodies the holiday season. How can you forget Macaulay Culkin’s Epic performance in this movie? The film is based on Kevin who is mistakenly abandoned by his family and they leave for France. But this little boy is full of adventurers and is happy to be in charge of home but what happens when thieves break in?

Released in 1947, the film takes you back to the origins of Christmas. The plot revolves around a man who has been hired to pose as Santa Claus. He does, however, begin to assert that he is the real Santa Claus. But no one knows what he is battling behind the face of a happy man. Edmund Gwenn and Natalie Wood's original roles will always stand the test of time as two of the incredible actors who brought the film's true authenticity to life.

This Spanish-American animated Christmas film has won many hearts. Jesper is a self-centered postman who must relocate to Smeerensburg. However, he teams up with Claus, a toy maker, to spread joy in a depressing town. After all who wants a gloomy Christmas?

We are all aware of how notorious siblings can get. And this Christmas movie follows the same exact storyline. Siblings Kate and Teddy devise a strategy to capture Santa Claus. As chaotic as that seems, it really is. Instead they both team up with Saint Nick and his band of devoted elves in an effort to save the holiday and Christmas.

Santa’s are famed for spreading seasonal cheer. Willie, a trickster who is dressed as Santa, has other ideas, though. He works with his elf partner to rob a shopping center. However, when he meets an eight-year-old boy, things quickly change. All you need this holiday season is some good chuckles with this comedy movie.

12. The Chronicles of Narnia

Every kid's favourite movie has undoubtedly been this one. And we are certain that everyone would want a magic cabinet that opens to a world similar to Narnia. The cupboard opens up to a completely different planet that is ruled by a wise, powerful lion that can speak in this C.S. Lewis-based series. The setting is stunning, almost bizarre, and is protected by some lovely animals and a snowy environment that naturally evokes the holiday atmosphere.

The Muppet is a musical comedy-drama that was first released in 1992 and is a Christmas carol. An old miser dislikes scrooge. Spirits that have the ability to foretell his future and share from the past and present come to visit Christmas, giving him a fresh perspective on his life.

Santa's nerdy son Arthur discovers that a gift has been lost as a result of a technical error. Therefore, his goal is to give the gift before the Christmas season is over. You can tell James Mcavoy did a fantastic job portraying Arthur in the movie. If you enjoyed his performance in Chronicles of Narnia, then you should watch Arthur's Christmas right now.

A Christmas Carol, a Disney Pictures production, is a film adaptation of a Charles Dickens book. This film is a retelling of the plot of this novel. Along with Christmas thrills and riddles, it depicts the journey of self-redemption taken by a miser.

There are several outstanding actors in this film, including Ryan Reynolds and Will Ferrell. It is a musical adaptation of Charles Dickens's tale of a misanthrope who goes on an enchanted voyage. Looking for some light humour to share during the holidays with people who have warm hearts? Then you should definitely watch this movie!

We must acknowledge that "The Grinch" is one of the best holiday favourites. The Grinch lives outside of Whoville, which is known for having the most lavish Christmas celebrations because he despises the entire concept of Christmas. To his astonishment, he begins to fall in love with Christmas instead of carrying out his original plan to ruin it for them as well. In this film, you must anticipate Jim Carrey's enduring performance as the Grinch.

Nobody desires to spend the holidays alone. It's a different flex to celebrate the holidays with your loved ones. Two strangers who are tired of being single decide to be each other's partner for the entire year in the story of Holidate. However, they develop a love for one another along the road.

Nikolas is a simple little boy who embarks on a journey to the icy North Pole in search of his father, who is trying to find the elves. The fun thing is Nikolas is accompanied in the movie by his devoted pet mouse and reindeer.

We hope we have made binging over the holidays easier for you! Stay tuned for more such exciting recommendations of the best content out there. Happy Holidays! 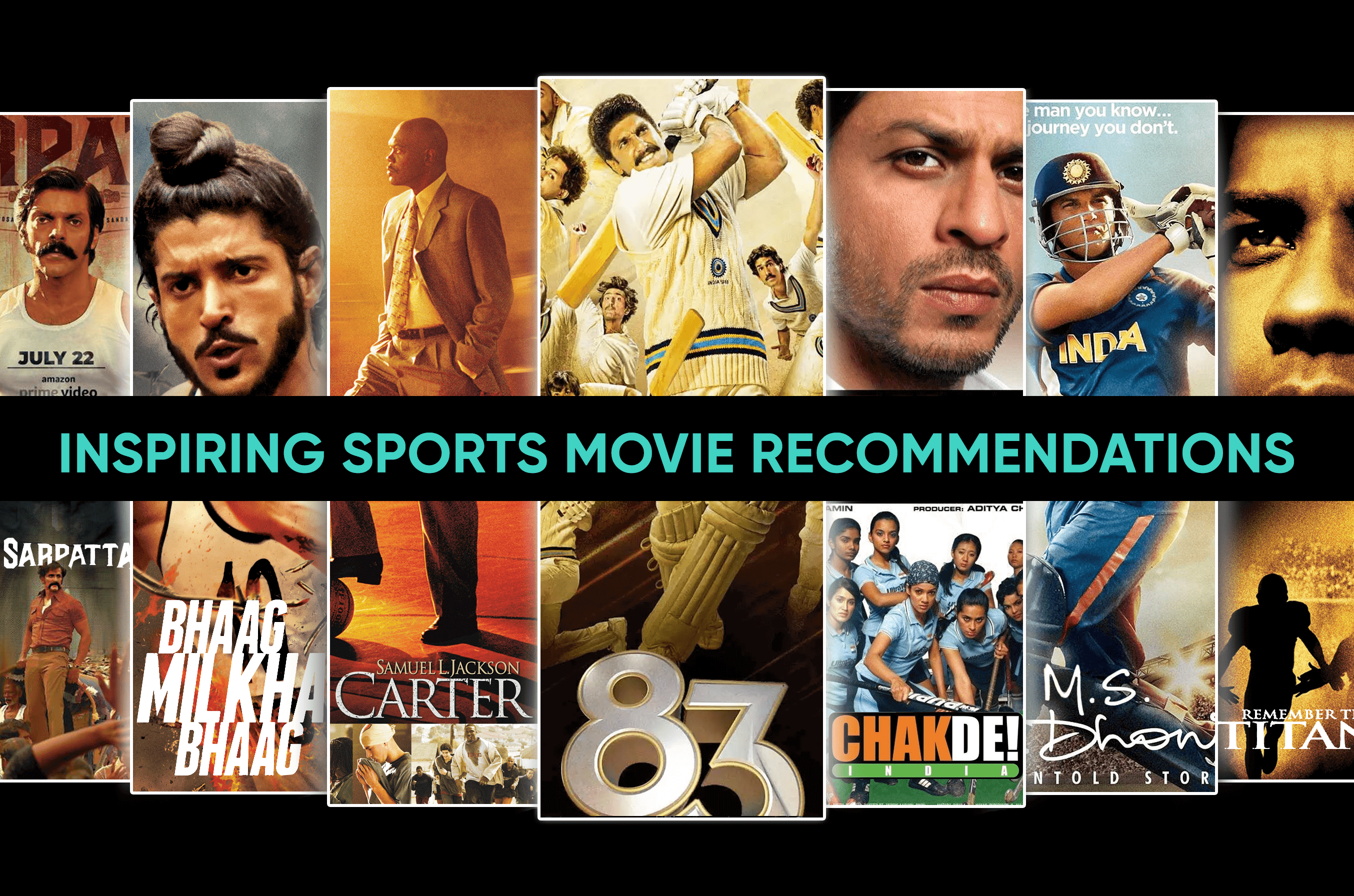 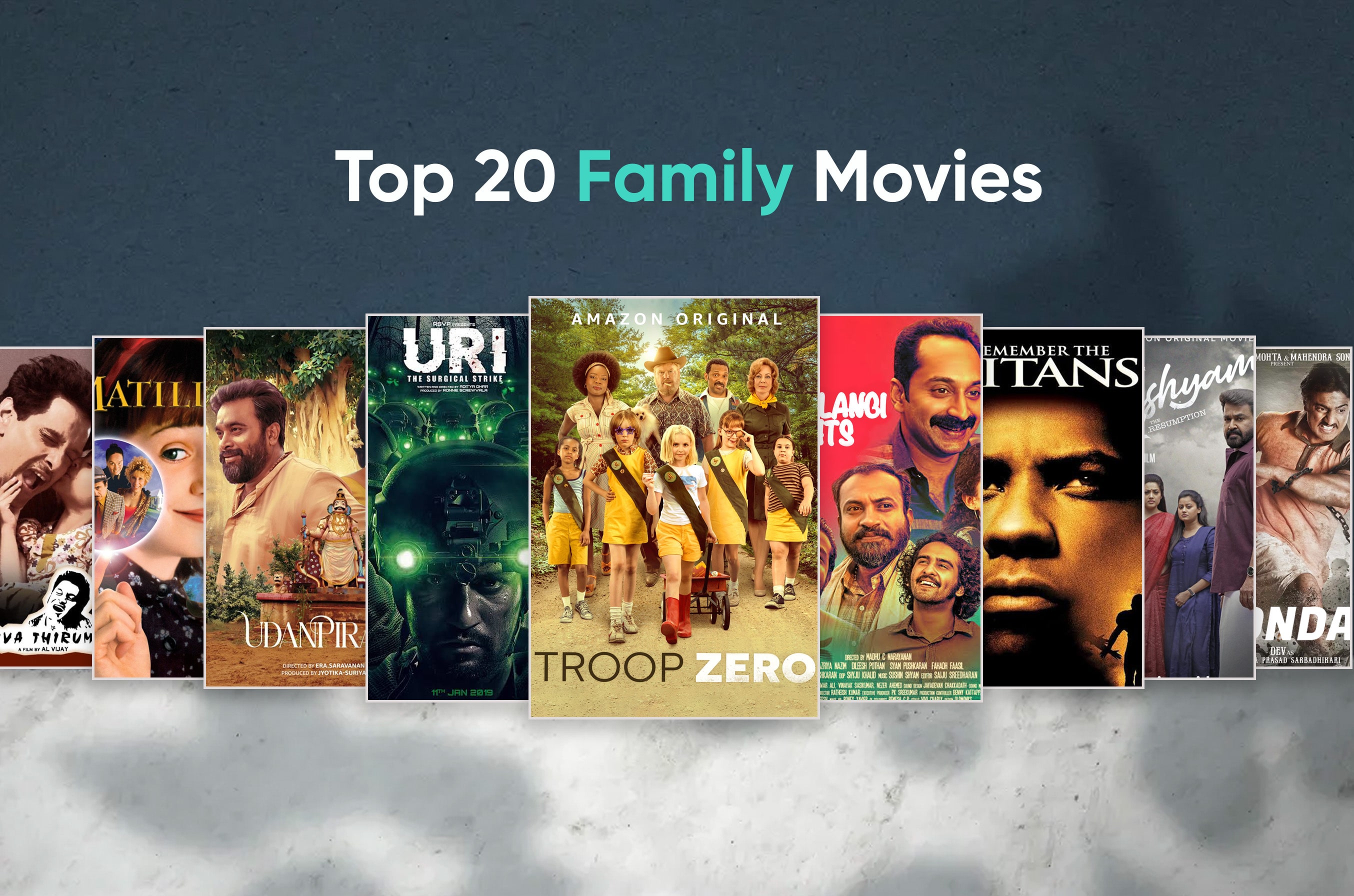 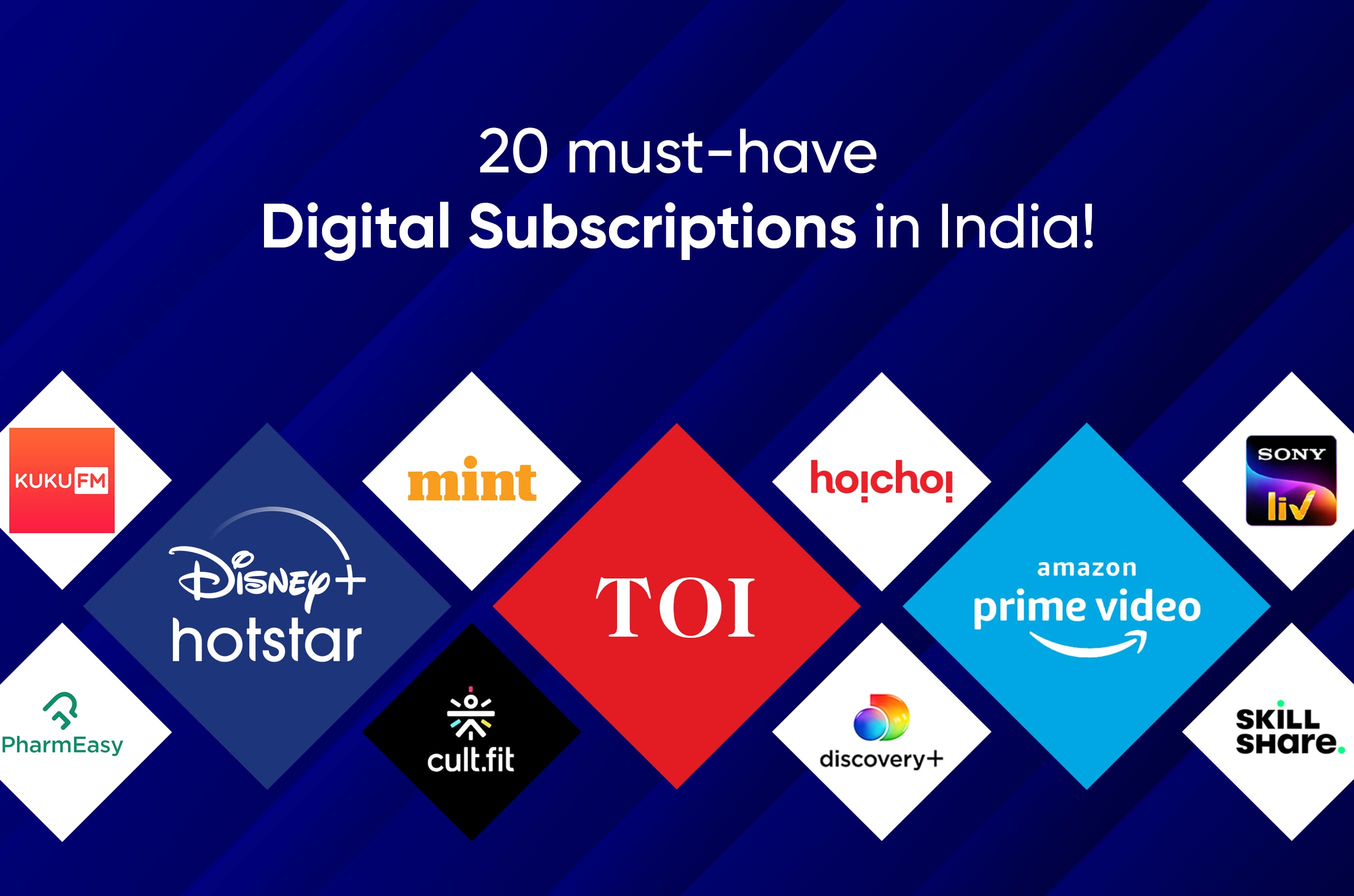 January 3, 2023
The Best of subscription news all in one place !
Subscribe below to stay updated!
Thank you! Your submission has been received!
Oops! Something went wrong while submitting the form.