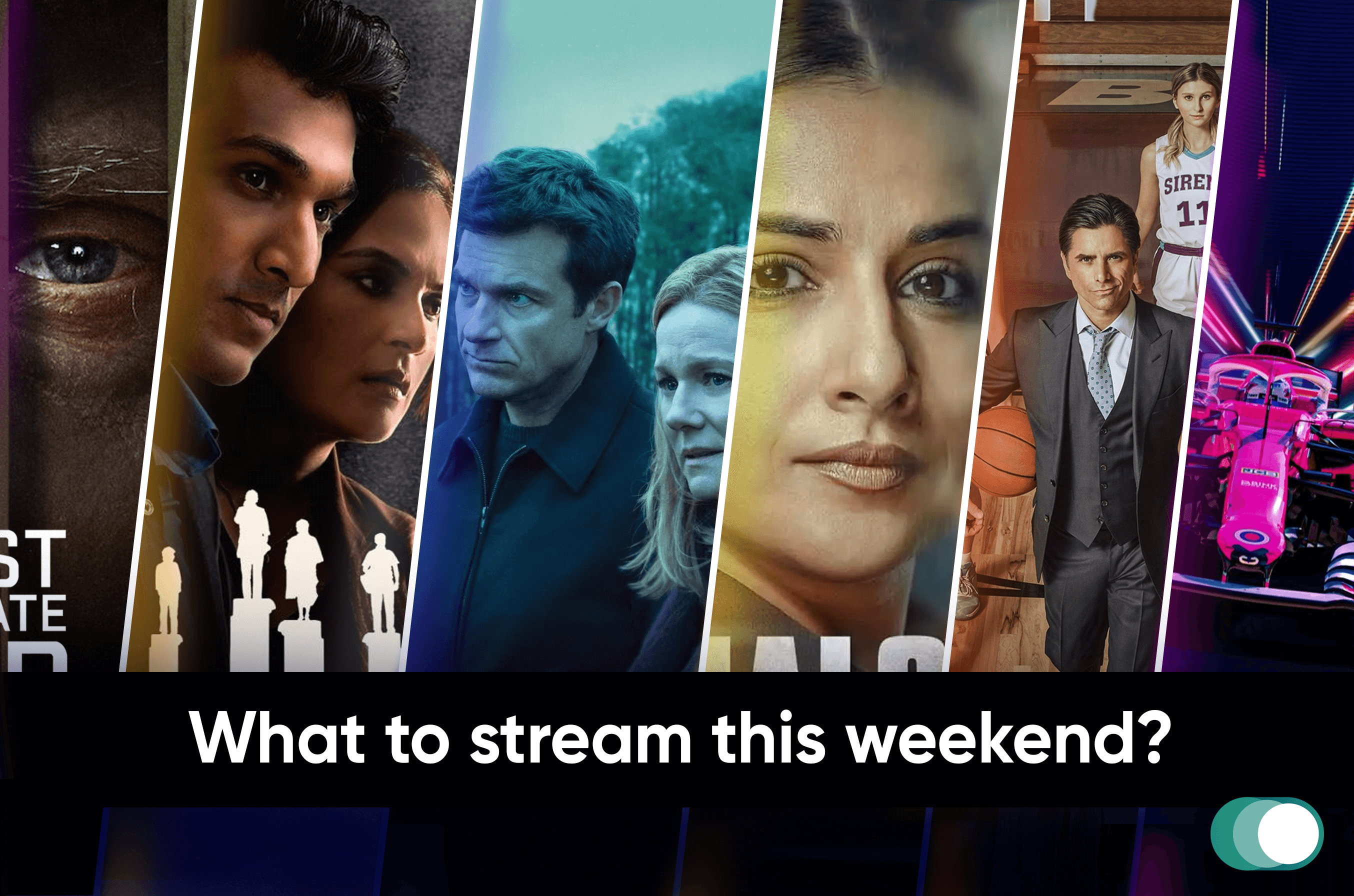 It's Holi!! and what better way to celebrate it with a compilation of movies along with good company and food! After a day of playing with colours we bet you want a chill and quiet evening, which is why Fleek is back with another set of recommendations to keep your binge-watching going strong! Start viewing these great top 10 choices for the week that we have curated for you and keep that popcorn and drinks ready!

On a side note, you can also watch your favorite shows on preferred OTT platforms with exclusive discounts from Fleek! Save more on subscriptions so you don’t break the binge streak!

What To Stream This Holi Weekend

Jalsa is a Bollywood drama movie that is based on two women and how they strive to find justice in solving the case of a young girl’s murder. It is a critically acclaimed movie that shows the reality of how a mystery is longing to be solved amidst the chaos of corrupt people. Vidya Balan and Shefali Shah play the lead roles and make a power-packed women duo!  Watch Jalsa on Amazon Prime now and watch to unveil the suspense!

Ozark is one of the most awaited series worldwide. It's one of the trending series that has left the audiences in much anticipation for more. Season 3 ended with Cartel's Lawyer killed by Omar Novarros' son. Fans think that there could be a story around Wendy and Marty, but we can only wait as season 4 is all set to be aired on Friday 29 April. Until then catch all episodes on Netflix now!

Fasten your seat belt for this next series! Rocket Boys is a biographical film about the pioneers who launched India's first rocket into space, Homi J. Bhabha and Vikram Sarabhai. It elicits a tremendous sense of pride and demonstrates the two men's three decades of hard work and toil. Without a doubt, the best cast was chosen which makes it more interesting to watch even though it revolves around history! Now you can watch Rocket Boys on SonyLiv!

F1 spirit is here and we are just as excited as you are! Whether you’re Team Verstappen or Team Hamilton we got the perfect platform for you to binge all the F1 races and highlights this weekend! Get ready to witness some new twists, turns, and maybe even some new wins? You never know! Stream F1 on Disney+ Hotstar now!

As disturbing as this crime and psychological thriller documentary is, it is unquestionably fascinating and portrays the other side of reality. Worst Roommate Ever is a documentary based on true events that depict several nail-biting crime scenarios that result in a terrible human tragedy. The show is currently trending on Netflix after being aired on March 1, 2022, and we bet you're in for a wild journey! Now you can watch Worst Roommate Ever on Netflix!

Let’s rewatch some classics shall we? What better recommendation than "The Big Short ''. This classic comedy-drama will definitely tickle your funny bones! The story revolves around the economic lapse in America and the burden of loans. To find a way out of this a bunch of men finds out ways to overcome this but in a witty way. The cast is what makes it so enjoyable so watch all the madness on Netflix or Amazon Prime now!

Who doesn't reminisce about their memories from school? From getting yelled at for homework to your first innocent crush, it's safe to say that we all have our fair share of memories. Mudhal Nee Mudivum Nee is a movie that shows all these elements along with the transparency of innocence and tension. We guarantee that your old golden memories shall be refreshed. Watch Mudhal Nee Mudivum Nee on ZEE5 now!

Colors of innocence is a Bengali film that is light on the heart. It is definitely one of the famous movies that can be watched from time to time. The story revolves around a small boy and his struggles to be the breadwinner of his family after his Father's demise. The movie has also won a lot of awards and is recognized for its impeccable storyline and cast! Watch Colors of Innocence now on Hoichoi!

‍Who doesn't enjoy murder mysteries and suspense? The Great Indian Murder will provide you with just that! The series is about a variety of issues, including family feuds, crooked politics, murder, and so on! This series will surely keep you on your toes, so without further ado, watch The Great Indian Murder on Disney+ Hotstar right now!

Bestseller is Amazon Prime's original series which revolves around how jealousy spins around two novelists. The plot revolves around the conflict between a stolen idea and how becoming a renowned novelist through crooked means rather than achieving it the hard way. The series premiered on Amazon Prime on February 18th. Don't miss out on this thrilling series!

Whether you're into drama, sports or a sweet slice-of-life content, we hope we've recommended something that beats the FOMO of not putting These were our recommendations, you tell us what you're watching!